The general strike at Solaris continues. The company’s president Javier Calleja refused to meet with OPZZ chairman Andrzej Radzikowski, under pretext of pandemic restrictions. Meanwhile, production has been stopped by the workers.


Andrzej Radzikowski, who is also currently chairman of the state Social Dialogue Council, intended to take part in a meeting between the heads of company trade unions (the Confederation of Labour and Solidarity) and Solaris president Javier Calleja. The unions were ready to talk. The only demand of the strike is an 800 PLN raise for each employee, regardless of their position.

However, the talks did not take place. Why? The president refused to meet with Andrzej Radzikowski, hiding behind the state of the epidemic. When the chairman of the Social Dialogue Council nevertheless went to the plant’s gatehouse to ask about the president and the management board, he found out that… no one was there.

A rainy Wednesday in Bolechowo, Wielkopolska, had its own symbolism. At 4 p.m. a group of over 100 workers marched out of the Solaris production plant. They marched in a tight group through an alley leading to a gate, just like workers from Italian car factories in the 1970s. They chanted „eight hundred”, reminding us of the strike’s main demand – a wage increase of 800 PLN (less than 200 euros) for all workers.

The workers were accompanied by a delegation from the parliamentary Left: Marcin Kulasek MP, Agnieszka Dziemianowicz-Bąk MP and the deputy speaker of the Sejm, Włodzimierz Czarzasty. The politicians wanted to support the trade unionists in their negotiations, but unfortunately, the factory managers were absent again.

The prime ministers of Poland and the Czech Republic have announced an agreement on the Turów mine. Now Prague is to withdraw its complaint about the mine from the Court of Justice in Luxembourg – but only after Poland has paid around 200 million zloty. The miners and residents of the region, which lives thanks to the work of locals in the mine and power plant, are happy already.

Both sides reported on social media about the difficult talks that were held in Prague. And then at a press conference they declared: there is an agreement.

Afterwards, Mateusz Morawiecki met with employees of the mine and the power plant, assuring them that he had not for a moment considered liquidating the plant.

Construction of the dam on the Polish-Belarusian border started on 25 January. The company Unibep SA. began construction on an 80-kilometre section that bypasses the Białowieża Forest, but in later stages the dam will also be built in the Natura 2000 area, which will be built by another construction company. Residents and activists are protesting. A No to the Wall initiative and petition have been launched.

Local activists and Greenpeace Poland are protesting against the construction of a dam in a Natura 2000 protected area. They point out the tragic consequences for nature and have prepared a petition on the subject, and the first protest has also taken place. Camp for the Forest activists are also involved in the protest actions.

-The planned wall in the Białowieża Forest is an absolutely incomprehensible idea – says Joanna Pawluśkiewicz of the Camp for the Forest in an interview with our portal.

In the last few days, several members of staff have left Ordo Iuris – the biggest ultraconservative think tank in Poland  – the reason being „differences in communication”. From the statements of former members, however, it seems that even for them it started to be „too conservative”. Or are there other reasons?

„There was a difference between us in the communication model. In our opinion, it should be based as little as possible on antagonistic language and as much as possible on substantive arguments,” admitted Tymoteusz Zych, former vice-chairman of the far-right, even murderous organisation. After his departure, Zych decided to set up his own organisation, Logos, which will be joined by the remaining Ordo Iuris fugitives. Speaking of his plans, he does not rule out cooperation with other organizations, including Ordo Iuris itself, if the parent organization so desires. Logos is not to „limit itself only to human rights, but also to address the issues of economy, climate, the culture of effective state management or efficient administration”. Zych did not want to answer about the reaction of other Ordo Iuris members

From Ordo Iuris itself we received only a short note which reads:  „Respecting the privacy of the former Vice President, we do not comment on the reasons for his resignation submitted and accepted in October 2021. Dr Zych also completed his mission in seven other entities. With him, two employees and an intern left.”

Apparently, one of the reasons for the split was an affair of one of the female employees of the IO. According to salon24.pl, who spoke to former Ordo Iuris employees, in 2021 an angry husband rushed into the headquarters, having received information about his wife’s affair. Eventually, the two men got into a fight and were separated only by OI employees.

The Extraordinary Commission for clarification of cases of illegal surveillance, their impact on the electoral process in the Republic of Poland and on the reform of the special services heard today from the leader of Agrounia, Michał Kołodziejczak, who was wiretapped with Pegasus.

Kołodziejczak did not hide his frustration after the Commission’s questioning. He said that the hearings revealed many new facts, but that it would be up to the relevant services to make accusations. The Agrounia leader was eavesdropped on several times by the Pegasus system, which he said was intended to weaken the position of farmers in the political arena, and to prevent a portion of the PiS electorate from taking over in favor of Agrounia.

-PiS eavesdropping on us presented the ideas as their own. They tried to get ahead of us, using information from the wiretaps. They didn’t want us to tell the truth about the Polish countryside,” Kolodziejczak commented. 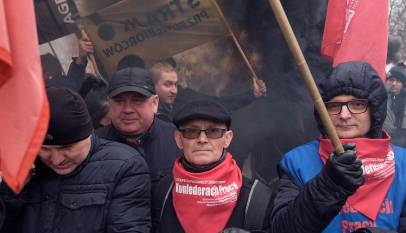 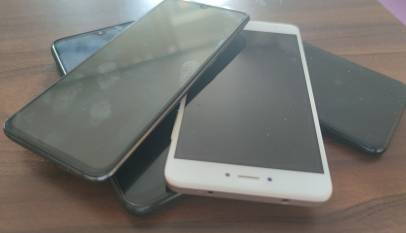 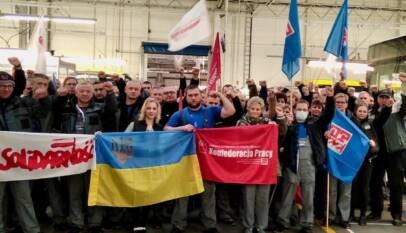 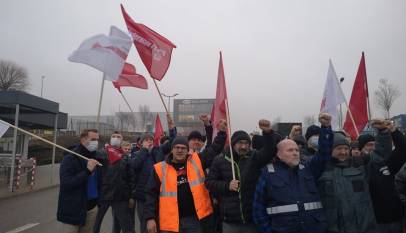 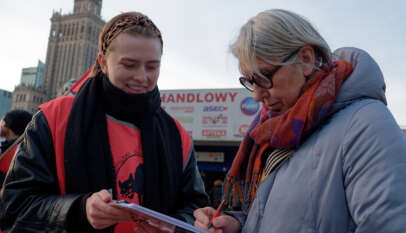 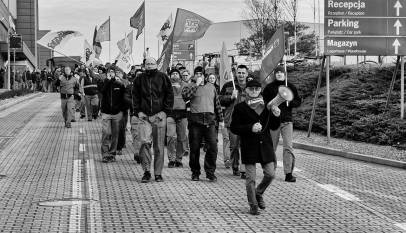